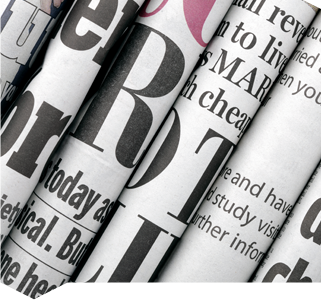 Reinsurance Activity In The Cayman Islands Doubling Every 18 Months?

Three key factors are behind this growth:

>> Cayman as the capital markets jurisdiction of choice; and

The Cayman Islands’ supervisory and legislative framework adopts international standards; this serves to promote confidence a mong investors and counterparties. As a jurisdiction, the Cayman Islands elected not to seek Solvency II equivalency, focussing instead on its closest market geographically – the Americas – which Cayman has historically served.1 The significant benefit from this election, not unlike the perceived dividend of Brexit for the U.K., is the freedom to move individually rather than being constrained by the policies of a bloc. In regulatory terms, this provides CIMA with the discretion to apply risk- based prudential standards suitable for each licensee, including allowing licensees to develop their own internal regulatory capital model. CIMA therefore stipulates minimum regulatory capital requirements and requires additional capital to be calculated and held in accordance with the reinsurer’s risk profile. This approach enables licensees to structure their capital in an efficient manner, which is important for all clients but especially for investment houses who have a more systematic interest in ROI than the more traditional insurance undertaking.

Recognizing the institutional counterparties involved in these reinsurance transactions, CIMA has a strong focus on the prudential and governance standards of reinsurance licensees and adopts a principles-based approach to the reinsurer’s conduct of business, empowering the licensee to propose conduct of business standards for CIMA’s approval. This focus is fundamental to CIMA’s objective to protect and enhance the integrity of the Cayman Islands’ financial services industry and, in particular, to pay attention to the financial soundness of licensees.

In terms of style, CIMA is approachable and does not shy from engaging with interested parties or applicants. The team at the Insurance Division entertains and encourages preliminary structuring discussions with potential licensees to facilitate decision-making, clarity in its regulatory expectations and a commitment to prompt turnaround within two business days (to which it scrupulously adheres) for general supervisory-related queries. The most recently licensed Class D reinsurer, a Walkers’ client, was generous in its praise for CIMA’s transparent and dynamic approach to licensing, which allows applicants confidently to assess, plan and execute the establishment of their reinsurer. The lack of surprises or ‘shifting of the goal posts’ is a major advantage to the Cayman Islands’ reinsurance offering; this becomes obvious where multiple regulators are involved in approving a multi-jurisdictional structure or transaction.

Cayman as The Capital Markets Jurisdiction of Choice

One reason is the depth and diversity of the capital markets that the Cayman Islands accesses and serves. In addition to investment funds, the Cayman Islands is the premier structured debt issuance jurisdiction with special purpose vehicles issuing tens of billions of dollars of debt into the international capital markets annually2 ; such is the magnitude of rated debt issuance that Standard & Poor’s has had specific criteria for Cayman SPVs since the early 2000s. The international capital markets’ familiarity with and confidence in Cayman issuers and Cayman structures presents new audiences and a panoply of structuring options to Cayman-domiciled entities for reinsurance structures.

Throw in experienced world-class lawyers, accountants, fiduciary professionals, insurance managers, actuaries and structuring/advisory firms and it becomes clearer why asset managers looking to explore reinsurance opportunities around life/annuity and pensions liabilities would look to a jurisdiction that annuity or pension providers and life insurers might not naturally have previously considered.

The Cayman Islands is therefore an extremely attractive domicile to come to for structures and strategies, and an excellent “known quantity” from which to access pockets of capital globally which the more traditional insurance jurisdictions have less familiarity or contact with.

Class D reinsurance licensees are obligated to have a physical presence in the Cayman Islands, including having an office with executive management permanently residing in the Cayman Islands. This is a no hardship posting! The inhabitants of the Cayman Islands enjoy a considerably higher standard of living than anywhere else in the Caribbean: the Cayman Islands is the gastronomic capital of the region; the Islands offer many recreational and cultural activities; real estate is well-built and entirely open to foreign ownership, regardless of nationality or origin; the schooling is good with European (‘A’ levels and International Baccalaureate) as well as American systems catered for; the Islands boast modern hospitals and excellent communications/ flights. The factors that have made the Cayman Islands appealing for international business transactions have also resulted in a cosmopolitan, highly educated population, characterised by a large professional class. All this makes the Cayman Islands a safe, non-threatening environment, which is perfect for establishing and carrying on a business.

While, historically, a lot of the business involving Cayman Islands entities was conducted off island, there is an increasing interest in businesses setting up and operating within the Cayman Islands, especially in FinTech, financial services, asset management and advisory businesses. This trend has accelerated over the last 18 months as a result of the Cayman Islands Government’s intelligent, prudential and effective management of the COVID pandemic, as a result of which the Island has been COVID free since June 2020. This confidence in the ease with which smaller communities can be effectively managed (and without recourse to significant tax dollars) has led to significant inbound migration and business establishment in the Cayman Islands. As transactional activity increasingly originates on Island, the expectation is that, before too long, businesses will begin to transact substantially between themselves; at that point, the Cayman Islands will be well on the way to being a niche reinsurance hub and the convergence between different sectors, markets and technologies will surely follow. We see this as the next major stage in Cayman’s development and a paradigm shift that our firm has been preparing for and working towards for some time. With Government targeting a 40% increase in the population by 2030, the belief in the significant opportunities presented by the Cayman Islands is not just held by those coming to the island but by those already here, whether working in the public or private sector.

Our firm has played leading role in the developments discussed above. Feedback on the jurisdiction from reinsurers, annuity providers and specialist advisory businesses is universally positive. We are seeing considerable growth and activity and, for the reasons cited above, we expect this only to increase. We started this article by observing that there had been a two-fold increase in the number of fully licensed reinsurance entities over the last 18 months. We conclude this article by predicting a further two-fold increase over the 18 months to come.